12 of Dublin’s Oldest, Coolest, Craic-iest Pubs | EF Ultimate Break
We have detected that you are using an older version of Microsoft Edge. For the best possible experience, please use Google Chrome or the new Microsoft Edge.

12 of Dublin’s Oldest, Coolest Pubs & the Crazy Stories They Have to Tell

Choosing the best pubs in Dublin is like picking your favorite episodes of The Office. You can’t really go wrong. But in this world-class drinking city, there’s more to a cold Guinness than perfectly dense foam. It’s about the stories shared at the bartop, the pluck of a fiddle string on a beer-soaked stage, and the rich history within those four walls. We asked few of EF Ultimate Break's top Ireland experts (our amazing Tour Directors) to dish on their favorite Dublin watering holes. 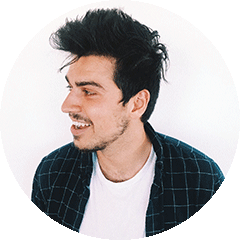 Getting craic in Dublin's oldest pubs

James Joyce, the famed Irish author whom you may recall SparkNotes-ing for your high school English class, once wrote that walking across Dublin without passing a pub would be a challenging puzzle worth solving. Joyce’s puzzle sounds fun, but we’re not interested in avoiding the pubs—it is vacation, after all! Not only that, we want to ensure we make it to quality pubs. So, we tapped a few EF Ultimate Break Irish Tour Directors to give their recs on the coolest pubs Dublin has to offer, each with a unique history and wild stories of centuries past. If your dream trip to Ireland involves pints on pints, this list is for you. (And if you're a first-timer visiting Ireland, you'll want to get familiar with the friendly banter, or what they call "taking the piss.")

Crawl along (be sure to mix in a water and a hearty stew here and there) and we’ll keep you out of the tourist traps and in the center of Irish social life. Some iconic, some very old, and some downright confusing (beer and a caulking gun, anyone?), these Dublin pubs will leave an impression. And hey, if the pub scene isn't your jam, Ireland's got an absurd amount of beauty and outdoor adventures.

In the wise words of Lil Jon (probably, if he were Irish): “Get craic!”

If we’re talking graceful aging, we can’t not talk about The Brazen Head—the oldest pub in Dublin. This ancient beauty was built next to what was, at the time, the only way across the river in the original settlement of Dublin a looong time ago.

How long ago? As our Tour Director and Irish native, Laura, puts it: “It’s the oldest pub in Dublin, over 820 years old—that’s ridiculously old! Like almost three-and-a-half United States old!” While not the oldest pub in all of Ireland, the Brazen Head does boast claim to the oldest graffiti ever recorded in the country. Etched onto one of their windows is, “John Langan halted here 7th August 1726,” verified to be authentic.

How many times have you said to yourself: “I need a beer and a crescent wrench right now.”? No? Just me? Well, Mary’s is half-pub and half-hardware store. It’s a throwback to old country pubs that often served two or more purposes. You know, like if the village dentist was also the village plumber.

And Mary’s history is like an Irish version of an old Western. Its location was once the Wicklow Hotel, a popular drinking hole for politician and revolutionary leader Michel Collins in the early 1900s. Upon hearing that the head porter of the Wicklow was potentially a British spy, Collins and his men shot him dead right in the hallway (allegedly, though witness statements all but confirm they did the deed).

Thankfully today, the only threat that looms at Mary’s is a bad hangover. Sometimes you just gotta say “screw it, let’s grab a pint,” (get it?) and that’s exactly where Mary’s Bar comes in handy.

Whelan’s is certainly one of the most famous pubs in Dublin, and deservedly so, for its role in pop culture fame. Part pub, part music venue, Ed Sheeran says he was inspired to become a musician after attending a concert here.

Got a friend who claims they hate rom-coms but thinks this place looks familiar? Time to call ‘em out for recognizing the setting of the scene in P.S. I Love You where Gerard Butler sings “Galway Girl” to Hillary Swank. Looks like they’re buying the next round.

9 days. 4 cities. All the Guinness and craic (good times).

Pros: Frolic amongst the gorgeous countryside then cozy up in a pub with a pint and acoustic melodies. By the end of this trip, you'll be convinced Ed Sheeran's "Galway Girl" is about you.

Cons: You'll grow so fond of traditional Irish music, buy a fiddle, quit your job, and try to make it as a busker. Reality check: you won't. But you'll always have that night at the Temple Bar.

It goes without saying that a good pub isn’t just about a charming name and sticky floorboards (though everyone knows extra sticky floorboards mean extra history soaked in there, duh). It’s all about the ambience—and O’Donoghue’s has ambience in spades.

A lovely courtyard and old oak barrels for tables make it the perfect spot to catch traditional Irish music. In the 1960s, famed folk band The Dubliners got their start banjo-ing and fiddle-ing their faces off here. O’Donoghues is still the place to be seven nights a week for live music, perfectly paired with their soups-and-sandwiches (and drinks) menu.

How’s this for an old Dublin pub with a cool story: they call this place Gravediggers. Why, you ask? Well what else do you call a 185-year-old bar built into the wall of a cemetery? In olden days, after work, the gravediggers working the cemetery would stop by for a pint. Over time, so too would mourners looking to celebrate the life of loved ones buried nearby.

Like so many Irish pubs, it’s family-owned and operated. The eighth generation of Kavanaghs still work the taps around here.

“It’s big but cozy,” says Laura. “The friendly staff make it feel like home.” Indeed, if my home had Smithwick’s on tap, I wouldn’t get out much.

Pros: Experience St. Paddy's Day in its homeland with magnificent celebrations across the country. Mix in some scenic sightseeing to boot, like at the Cliffs of Moher and Blarney Castle.

Cons: Sorry, you never will pour the perfect pint of Guinness (because, you know, pubs don't let you pour your own beers).

A Korean pub? Dublin has been there, and done that. Kimchi Hophouse is Dublin’s first and only Korean pub. One of the coolest pubs in Dublin—they put the bibimbap into bar life with their melding of two distant cultures.

That’s the beauty of pub culture. It’s an inclusive environment, and if you can pour a proper pint and have a good story to tell, the locals will welcome you with open arms.

If it’s a classic Irish pub in Dublin ye seek, look no further than The Cobblestone. Our Irish Tour Director Marco says it’s “one of the most traditional pubs in Dublin, lots of great music, locals, and right prices for drinks.”

His counterpart, Laura, agrees, saying “the Cobblestone is like an old dusty, country pub but in the middle of the city, in the trendy part too, it has the best traditional Irish music sessions in Dublin.” Heck, the pub describes itself as “a drinking pub with a music problem!”

Like all great European cities, Dublin is a place where cutting-edge modernity and extremely old history intertwine. Am I talking about a McDonald’s built into Blarney Castle? No, I’m talking about The Church: a unique Dublin pub where old meets new.

It’s a 300+ year-old church—the very one where Arthur Guinness (yes, that Guinness) was married in 1761—abandoned long ago, and resurrected as a trendy, new café and bar

Cons: You'll realize you've been pronouncing Edinburgh wrong your whole life (it's Ed-in-buh-ruh, or simply Em-bruh to the locals).

Steeped in Ireland’s deep literary tradition, Toner’s Pub has been a hangout for local writers for centuries. W.B. Yeats is said to have drank only there. Stay inside and recruit the regulars for help on your screenplay, or head out to the beer garden to unwind with some live music.

With its highbrow location near the old Theatre Royal, Mulligan’s welcomed many A-list guests throughout the 1950s, 60s, and 70s, from Judy Garland to John F. Kennedy to Pope John Paul II. (Though it’s been around far longer—more than 200 years!) But it’s the spooky history of Mulligan’s that will intrigue and delight you.

There have been tales of bottles flying off the shelves but not breaking, strange silhouettes wandering through the front bar after-hours, and loud footsteps with no explanation.

Our favorite anecdote, however, is about the tourist named Billy who loved it there so much, he requested some of his ashes be stowed inside the grandfather clock—where they remain to this day.

If the walls of Fallon’s could talk, you ought to buy them a round and listen closely. A Dublin pub institution, there’s been a bar at this spot since the 1600s—though a fire in 1910 almost ended its run, leaving visible scorch marks on the brickwork in one spot. In the 1800s it was owned by a heavyweight boxing legend and a knight (who were actually the same person). Perhaps most notably, Fallon’s is claimed to have been the secret meeting spot for the women of the 1916 Easter Uprising, a fight for an independent Irish Republic free from British rule.

It’s tough to think of a more quintessential Dublin pub than Fallon’s. Simplicity. History. Good company. Plenty of beer. That’s all it takes.

More than being about who can chug the most Guinness or who’s paying for the next shot of Jameson, pub culture in Dublin is about community. It’s about striking up a conversation with a stranger, and making those around you feel included—and yes, often that process is measured in pints.

As our Irish pal Laura puts it, “We adore visitors! You will find people wanting to chat with you, learn about your travels and where you are from. We are a land of storytellers, but we don't let the truth get in the way of a good story.”

Reid is a copywriter at EF Ultimate Break. He loves cheese, playing guitar, and speaking loudly about indie rock to anyone who will listen. His favorite place in the world is Amsterdam.

How to haggle and act like you don't give a f***

How to break down the language barrier

15 travel hacks more useful than your basic "roll your clothes"

Ireland on the 'Gram

We can take you... well, everywhere